In an incredible display of community support, author and professional actor Michele Greene (left) wrote and directed a play for Christmas and as a benefit for the Coalition. Pastor Bill Stanley (and a talented actor as well) performed, but also hosted the performance on December 21st and 22nd. Despite numerous obstacles and schedule conflicts, the audience was large, responsive and appreciative! Laughter, misty eyes and a shared Spirit of Christmas was enjoyed by all.

The talented cast performed a 'radio play', combining the attributes of a radio show and a theatrical performance. Set in the backwater Oklahoma panhandle town of Hogspatch, the spunky radio station crew, some ragamuffin orphans and questionable retired British actors set out to create the Christmas Eve broadcast. Then things got complicated.

Coalition Board President Joyce Garrison (right) thanked the audience and Church for their support and generosity. 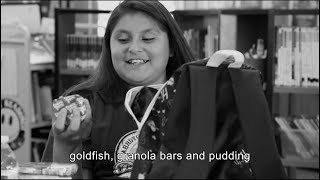